skip to main | skip to sidebar

90 jailed in Palermo and New York, the bosses of the new Italy-Usa pact 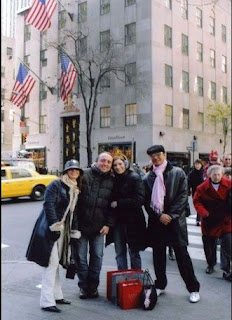 by ATTILIO BOLZONI
The haul has been codenamed "Old Bridge". It could be the beginning of a series of assaults against the "Cosa Nostra" 'families' in America.
It's the biggest mafia haul since the days of the "Pizza Connection". Striking the bosses from Palermo and New York, the Inzerillo 'family' and the Gambino 'family' these 90 arrests represent a simultaneous attack on 'Cosa Nostrà on both sides of the Atlantic. An attack on an organization that was becoming once again a force on the world stage of international trafficking. Last night the heirs of the historical Sicilian and American 'Dons' have been arrested. Thirty of them were captured in the districts of Palermo at Passo di Rigano, Boccadifalco and Cruillas, they were captured in the villages of Torretta and Carini. The others were taken away in Cheery Hill Brooklyn. It's an operation which the FBI and Italian police codenamed "Old Bridge" This 'haul' is still only the beginning of a vast anti crime initiative put into action by authorities in Italy and the USA, the first of a series of assaults against the "Cosa Nostra" 'families' in New York. It's just two years since investigators started to track down the American Godfathers and allies of the Inzerillo, Mannino, Di Maggio and Gambino families. They followed them day after day, listened to their conversations with microphones and filmed their movements. They discovered their companies and their business arrangements. Above all, they uncovered a pact between Sicilians and Americans after more than two decades of mafia domination by the Corleonesi family. Indeed it was a strategy of rebuilding of Cosa Nostra harking back to the 'old' days. This is how the criminal bands were seeking to create new opportunities and new markets after the era of Toto Riina. And this is how the 'escapees' - or mafia runaways from the wars between bands of the eighties - wished to reconquer territory. They had returned to their old districts in Palermo. And they were ready to take back everything. The names that have slipped into the hands of Italian and F. B. I. police investigators are big ones; custody warrants were signed by the Palermo Prosecutors Giuseppe Pignatone, Maurizio di Lucia, Domenico Gozo, Roberta Buzzolani, Michele Prestipino, Nino Di Matteo and Guido Lo Forte. More arrest warrants were ordered by the District Prosecutor of New York. The name at the top of the list is Francesco Paolo Augusto Calì, better known as 'Frank' or 'Franky Boy'. He is considered to be the American 'ambassador' of Cosa Nostra to Sicily with the task of tidying up relations with the families of Palermo. Right back from the beginning of 2003 many Sicilian mafia bosses have flown from Italy to New York to meet him, to do business, and to keep Franky Boy up to date on Sicilian affairs. For more than ten years Franky Boy has been a 'wise guy', or man of honour, of the Gambino 'family'. The FBI has two informers - Frank Fappiano and Michael Di Leonardo - who have revealed to the American police all of Frank Cali's activities inside the Gambino organization of America. "Frank is our friend and he is everything over there" Gianni Nicchi confided to his district boss Antonio Rotolo. 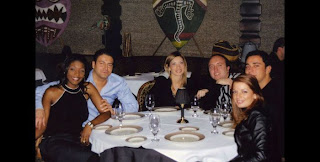 Nicchi is one of the Sicilian 'men of honour' who went back and forth between Palermo and the U. S. to traffic narcotics. His reference to 'and everything over therè is a clear admission that it was Frank who commanded in New York. If "over there" Cosa Nostra's US ambassador has been arrested, in Palermo Giovanni Inzerillo has also wound up in the investigation. He is the second born of Totuccio, one of the great Sicilian mafia bosses before the rise of the Corleonesi. Giovanni Inzerillo is a construction entrepreneur as was, officially, his father. He is 36 years-old, and according to investigators he 'debutted' in Cosa Nostra in a summit held on 11th August 2003 at the restaurant 'Al Vecchio Mulino" (the old windmill) in Torretta, a small village about twenty kilometers from Palermo on the provincial road that takes you to Trapani. On that day, at the 'Old Windmill', fifteen or so 'Mafiosì came to the meeting. Giovanni's cousin, Giuseppe Inzerillo was there, along with his uncles Giovanni Angelo Mannino and Calogero Mannino. They met to discuss their grand return to Cosa Nostra in Palermo. A few months later Giovanni Inzerillo was given the task of accompanying the old boss Filippo Casamento on a business trip first to Toronto and then to New York. The journey was to meet Canadian 'men of honour' of Italian origin such as Michele Modica and Michele Marrese. Filippo Casamento is another mafia boss involved in last night's blitz. Ex-lieutenant in the Boccadifalco 'family' (before the Corleonesi took power) he was an organizer of narcotics trafficking in the "Pizza Connection". He is one of the main figures involved in the return of the Inzerillo to Sicily. It was he who 'guaranteed' for the heirs of those who were once the masters of Passo di Rignano. The investigation into Inzerillo and Gambino hasn't explained in detail yet what has happened in the mafia of Sicily and New Jersey in the last few months. What is certain is that Inzerillo's 'plan' to 'reconquer' Palermo has failed. The historical bosses of the Sicilo-American mafia connection have been stopped in their tracks just as they were reforming. In fact they themselves had had some intuition that the project wasn't going to go very far. It was a hidden surveillance microphone that revealed their fears. On the 30th August 2000 Giovanni Inzerillo and his cousin Giuseppe went to visit their uncle Francesco in the district prison of Turin. They greeted each other and began by talking of their 'return' to Palermo, which the papers had already been writing about, and manifesting all their trepidation. Every word was taped. Francesco Inzerillo disclosed his alarm to his nephews thus: "Here the only thing to do is to get out and that's it ..... if you do nothing you have to pay.. And if you do do something you have to pay ten times over. You've got to get out of Europe, not just Italy. You've got to get out of Europe because you just can't stay here anymore, there's just no future. You're constantly under control, in chains and padlocks, one's got to get out to South America... all you need is to be indicted under article 416 bis and automatically all your possessions are confiscated. There's nothing worse than getting all your assets seized". 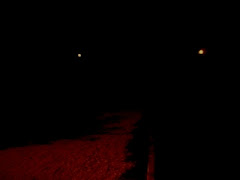